Version 2.0 of Rad Timer™ for BlackBerry 10 has just been released over at BlackBerry World.

With the biggest update since it’s initial release, Rad Timer v2.0 now includes a customizable clock screen, along with a whole host of improvements and additions to the stopwatch and countdown timer. Available for all BlackBerry 10 devices, and all OS 10 versions! 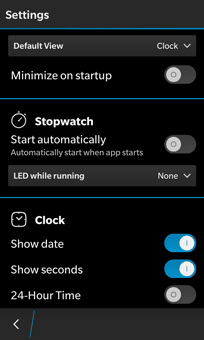