Version 2.2 of Call Recordr™ for BlackBerry 10 has been released at BlackBerry World and features some new options, improvements, translations, and bug fixes. 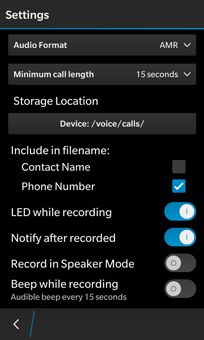